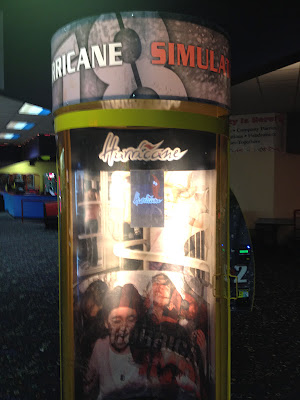 You've probably seen these "Hurricane Simulators".  They are in malls, and arcades everywhere you look these days.  I've walked past them numerous times and thought, "I'm too old for that nonsense".

Today I had a rare Tuesday off (I usually work Mondays and Tuesdays), so I took Dylan to an arcade.  We played a bunch of games, we got some plastic crap with our tickets, we shared a pretzel.  But, I just kept looking over at that hurricane thing.  A bunch of kids stuffed themselves in it, and squealed and laughed.  Some teenage girls got in, giggling hysterically.

My inner voice said, "Your hair will be a hot mess if you do that".  But, then I thought, "So?!  Do I want to live my life afraid to get dirty, afraid to make a fool out of myself, afraid to mess up my hair?  Or do I want to have fun and LIVE MY LIFE?"

My inner voice said, "You're too old for that nonsense" again.  This time, though, I told my inner voice to shove it.  My hair (and my trusty side kick's) got completely messed up... and I loved it. 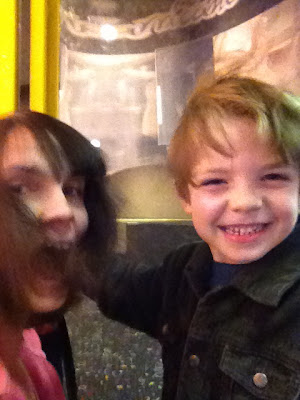 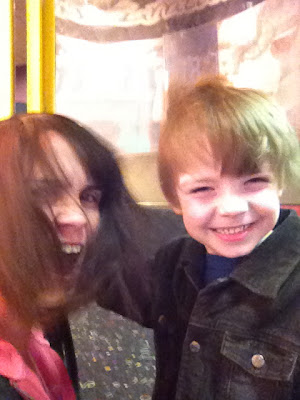 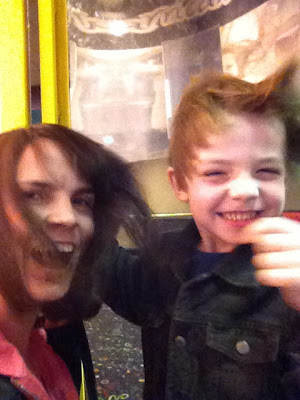 The great thing about "Before 40" is that is has made trying new things a priority.  I've had to actively search for new things to try each month.  The one for February, though?  Well, it just fell into my lap!

Jim and Dylan and I were going to go to The Science Center one Saturday.  Dylan had been wanting to go for quite some time.  When we got there, it was so crowded that the parking lot was actually full.  Poor Dylan was sleeping, so when he woke up, he discovered that we weren't at the Science Center.  We were at The Children's Museum!

He ended up having a blast there, and we discovered there was a "Wheels" exhibit going on.  Then we discovered there was a roaming unicycle group in the Wheels exhibit.  Well, you know I couldn't pass that up, right?  I mean, it isn't every day you have the opportunity to get your 39 year old butt on a unicycle!  But, that is exactly what I did...


Jim and Dylan got in on the action.  Unfortunately, they both got on one at the same time.  Plus, Jim just got his new iphone, and I didn't know how to use it yet.  I completely missed getting the footage of Jim falling on his 46 year old butt and turning 3 shades of red!  Oh well.  I'm sure I'll have other opportunities to do that.

If you're on Facebook you know what my "Before 40" was for March - taking Dylan to Disney!  Those posts will be next.
Posted by Jen at 9:57 AM 4 comments: