I've told you that I'm not a good cook, but did you know that I don't bake either?  Martha Stewart would be appalled at my complete lack of culinary interest.  So, for "Before 40"'s month of October I decided to do something totally out of character.  Would you believe that in my 39 years I have never baked a cake?!  Weird, I know.  We are big birthday celebrators in my family, but apparently we are big birthday cake BUYERS, not bakers.

Since it was October, and I didn't have any birthdays coming up, I decided to make a Pumpkin shaped cake. 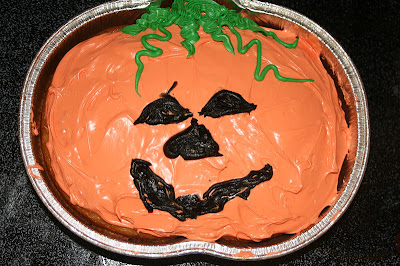 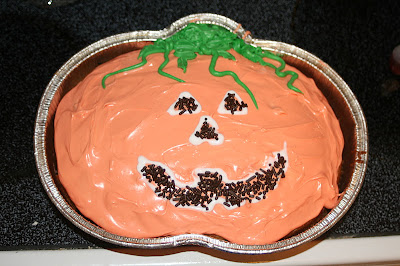 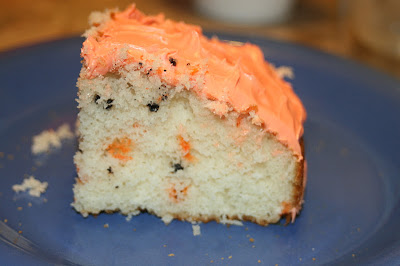 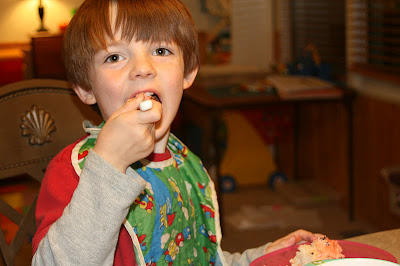 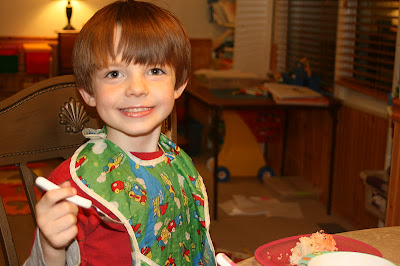 Dylan never passes up an opportunity to eat cake.
He found the whole Mommy-is-baking thing quite entertaining.  So much so, that he wanted to film it...

The recipe I was using made two pumpkin cakes.  We certainly didn't need to eat two pumpkin cakes after all that Halloween candy, so I figured I'd give one to my neighbors.  Um.. yea... that didn't happen. They weren't horrible, but I didn't feel they were neighbor worthy either.
My wonderful (also never baked a cake) husband was highly amused as he pointed out that I was supposed to flip the cake over, out of the pan, BEFORE icing it.  DUH!  Martha Stewart can kiss my pasty white butt!
Since I was on a roll, I decided to make my first PIE for Thanksgiving. 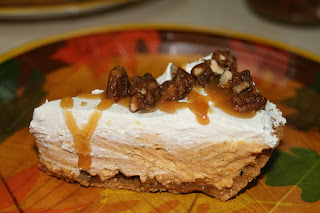 It's a Turtle Pumpkin Pie, and OH MY was it rich!  Too much so for my taste, although Jim liked it.  For me, anything that rich should have chocolate in it.  I'm not a big pie eater, though.  I would say that it was better than the cakes.  I would have given my neighbors a piece, but Jim called "DIBS!" on the leftover pieces.
I've also never made cupcakes or cake pops.  But, considering the fact that we just ate way too much food for Thanksgiving, and the fact that we still have Halloween candy, I think I'll put that off for a while!  Don't miss my "Before 40" for November!