Crazy Comparisons to Make Me Cry

I have really been letting the blogging thing slide lately, haven't I?  There is a post I've been wanting to write for a while, and I'm finally getting around to it.

If you're a faithful reader, you know that I have this thing I like to do.  I like to take photos of Dylan in the same spot, year after year, and see how much he changes.  Each time I do it, I get all nostalgic and sappy, so I'm not sure why I keep doing it.  I guess I enjoy torturing myself?

There is this farm that I've been going to since I was a kid.  I don't know what it is about this farm, but I swear I get better pictures there than just about anywhere else.  The first time we went that Dylan could walk, I took this shot... 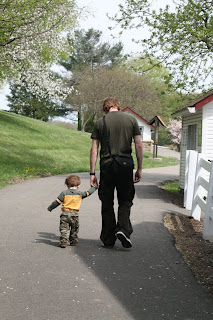 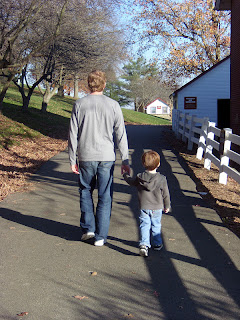 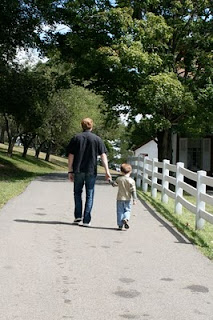 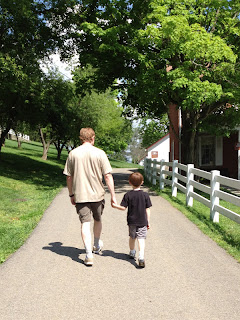 The first time I wrote about this farm, I wrote that I took Dylan out of the stroller, turned away for a second to get a picture, and found that he was walking along this wall... 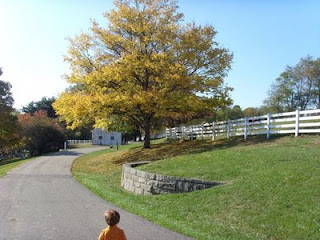 (That was when the renegade stroller took off down the steep hill to the left, careening towards the road.  Fun times.)  The funny thing is, look what happened in the years ahead... 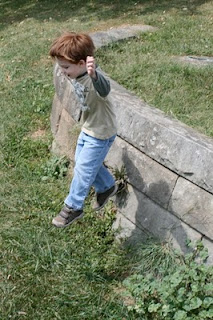 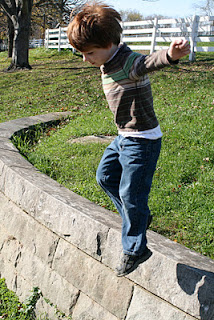 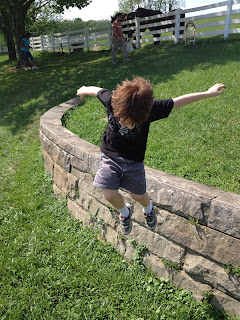 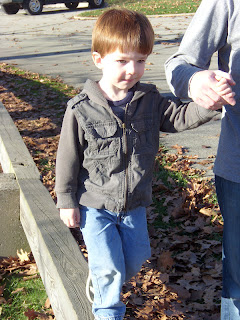 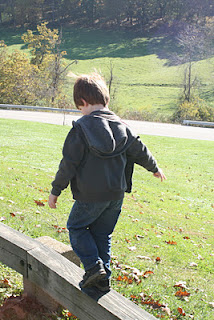 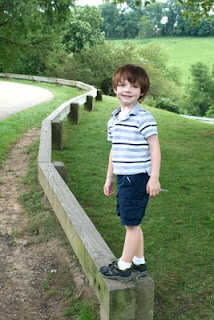 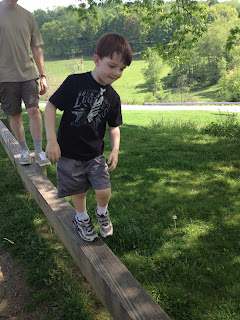 There is this beat up shed on the property that serves as the perfect backdrop, year after precious year... 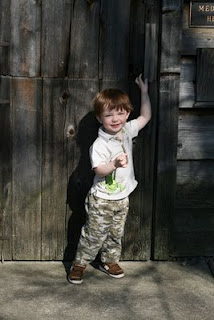 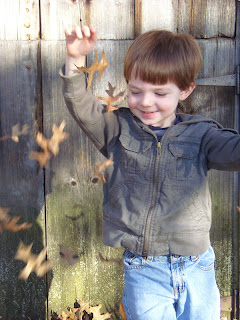 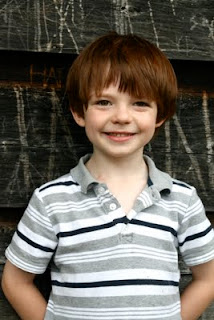 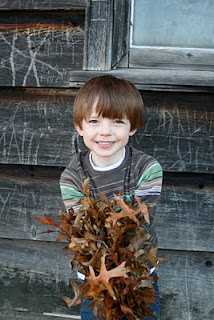 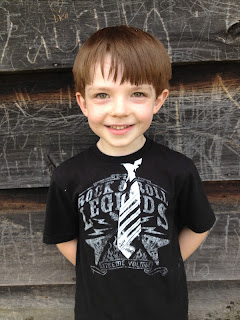 Hope you enjoyed that walk down memory lane as much as I did! (SOB!)

Lately, I've been missing writing for writing's sake.  So, when I came across Mama Kat's writing prompts, I decided to give one a try.  This is the one I chose...


3.) Write about a time you saw someone doing something kind for someone else. (inspired by Gigi’s Ramblings)


A couple of summers ago, the two girls I was a nanny for and I were spending the day at the pool.  They were both taking a swimming class, and I was lounging happily by the side of the pool.  I was very amused, watching two teenage girls giggle and ogle a very good looking lifeguard.  I could hear their overexcited gushes of adoration, and it took me back.  Suddenly I had visions of myself and my friends at that age, discussing the dreamy factor of each lifeguard at the pool.  Of course, we never actually talked to  the dreamy lifeguards!  We were much too busy working on our tans, and talking about what they were probably like to find out what they were actually like. Ahh... the good old days.

I sat there chuckling to myself as I thought of the silly me from the past, when something caught my attention.  One of the boys in the class was causing a fairly big scene.  He was making it very obvious to everyone at the pool that he did not want to get in the water.  It was obvious that he had special needs (possibly autism), and that the mother had no idea what to do at that moment, and was wishing she could disappear... or be rescued.

Suddenly, Mr. Dreamy Lifeguard swam over.  He very calmly climbed out of the water, and sat next to the boy.  I couldn't hear what he was saying, but I could see him talking to the boy.  Then, he got into the water, went under, and came up grinning at him.  He cupped his hands and very gently poured a little water on the boys feet, the whole time talking to the boy in a very kind way.  Before I knew it, the boy's legs were dangling in the water, and not longer after that, Mr. Dreamy Lifeguard was holding him in the water.

I could barely take my eyes off Mr. Dreamy Lifeguard.  He was so patient, so kind, so sweet.  I looked over at the boy's mother, who was also mesmerized by the sight.  She looked so happy and so relieved that I felt my eyes tearing up.  What an amazing guy Mr. Dreamy Lifeguard was at such a young age, (I guessed his age to be about 17).  I found myself hoping that my son would be that patient, kind, and sweet at his age.  Then, I laughed to myself, thinking "Well, times have certainly changed!  Instead of ogling the good looking lifeguard because I want to date him, I'm hoping my son grows up to be like him!  I am officially OLD!"

Later that day, as I walked out of the pool with the girls, I walked past Mr. Dreamy Lifeguard.  I stopped and told him, "I just wanted to tell you that you did a really great job with that little boy during the class earlier.  You were so patient and kind".  "Oh, thanks", he answered.  "He's a great kid".  I started to walk away, but turned to put my hand on his arm, saying "So are you".

I turned to see the giggly teenage girls watching us.  Maybe it was my imagination, but I could've sworn I heard one exclaim "Oh my gawd!  She touched him!"  I laughed and thought about my little boy, and how anxious I was to see him later that day.  These days are pretty good too.
Posted by Jen at 7:07 AM 6 comments:

Ten years ago today, I was in a room at a resort in Jamaica, waiting to marry Jim.  I reached up into the closet to pull my shoes down, and an envelope fell to the floor.  Jim had left a letter for me.

He said, (among other things), "I want you to know that I will always be there for you, through the peaks and valleys, and will never let you down.  I will very much enjoy growing old with you..."

Ten years later, I have a whole box of cards and letters Jim has made for me over the years, but that letter he left on our wedding day is still my favorite.

I've had many "schemes" in our 10 years.  The newest is the obsession with decorating and organizing the house.  We had this email exchange yesterday...

I smiled when I read his answer - "Exquisite Bliss".  In ten years, there's been arguments, stress, and difficult situations.  There has been funerals, tears, ended friendships, and financial struggles.  But, there has also been so much love, joy, and as evidenced by these emails... laughter.

It HAS been exquisite, Jim!  I'm enjoying growing old with you.  (We're not old yet, despite what our weak eyes and aching backs say).
ILYBT (I Love You Big Time),
Jen 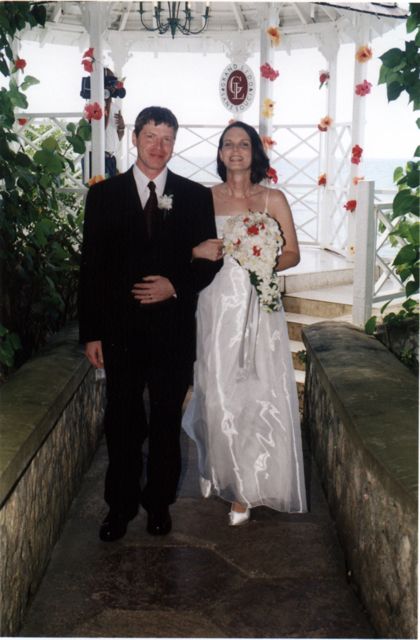 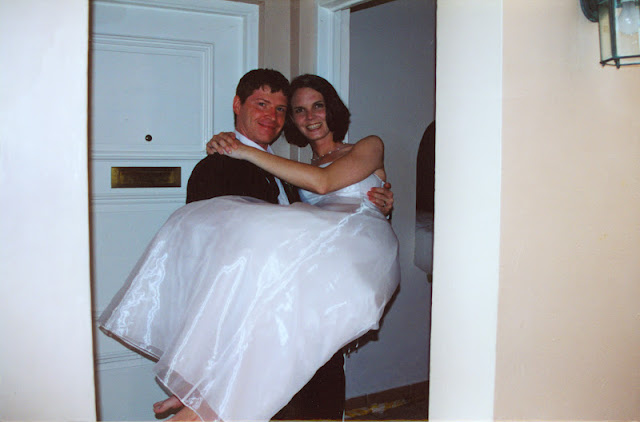