It all started with my son's birthday card.  Here it is... 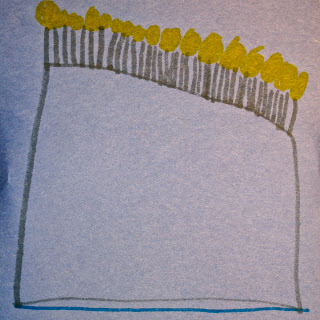 For weeks beforehand, I had been saying "I'm going to be thirty nine.  Thhhhiiiirrrrttttyyy nnnniiiiinnnneeee" (as if saying it slowly would make it sink in).  How the heck did I get to be 39?!  I mean, I did turn 38 last year, but 39?  It just blew my mind for some reason.  Why?  Because that meant that next year I was going to turn 40.  Fffffoooorrrrttttyyy.  It makes sense that 40 starts with F, because it brought to mind a few other F words.

I'm not even saying that 40 is old (so don't hurt me, you people already older than that).  It's just that there are so many things I thought I would have done by then.  Made my first million, for example.

So, when I saw the cake with so many candles that it appears to be falling from the weight, I formulated a plan.  I was/am going to make a list and cross off at least one thing each month before turning 40.

August was the first month.  August flew by, but I did cross one very important thing off my list.  Ever since Dylan was born, I've been wanting to take him to the ocean.  He needed to search for seashells, feel sand between his toes (and apparently in every last crevice of his body), eat ice cream on the boardwalk, and run through the salty waves.  He needed to experience those things and I needed to experience him experiencing it.  Done.  Check.