For a really long time, I have wanted to go to a restaurant in my town called "The Melting Pot".  I didn't know a lot about the place, but I knew it was a "fondue" restaurant and dipping pretty much anything in chocolate sounds like a great idea to me.  I knew the place had a "romantic" setting, that there were several courses, and that it was expensive, and that's about it.

Jim and I were celebrating our 10th anniversary, so that seemed like a perfect reason to finally get my fondue on!  Jim made the reservations and when we got there I was surprised to find that he had arranged to have flowers on the table.  We were at a cozy table in the corner, with romantic candles lit.  Things were starting off the way I imagined.  Then, as I strained my old lady eyes to see the tiny print on the dimly lit menu, my eyes almost popped out of my head when I saw the prices.  Yikes!

Our waitress brought the first course, pieces of bread to dip in cheese.  Then we had fruit to dip.  Jim had a couple beers and we were enjoying the meal.  Then, it was time for the main course.  It was when our waitress brought over the trays of uncooked meat and veggies that I heard the record scratch in my head.  When she started to quickly explain how we were to cook everything - how long and in what order - my mouth fell open and I stared at her in shock.

When she walked away I exclaimed to Jim, "WE'RE SUPPOSED TO COOK OUR OWN FOOD?!  ON OUR ANNIVERSARY?!  WHY THE HELL WOULD WE WANT TO DO THAT?!?!"  Jim was amused.  He was also the cook.  I told him later, "It's a good thing you took over and cooked the food, because I was just going to sit there and stare at it, until SOMEONE cooked it that wasn't me".
The "free" champagne and chocolate dipping session sweetened the deal a bit, but still.  Paying that much to cook our own food?  Ridiculous.  I did enjoy the company of my handsome husband, though. 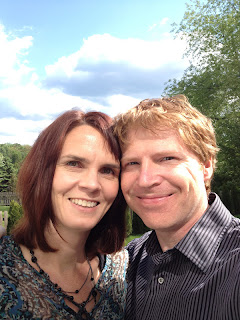 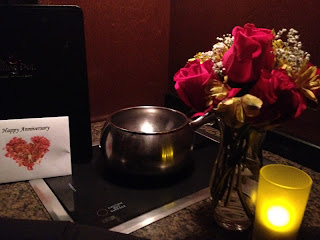 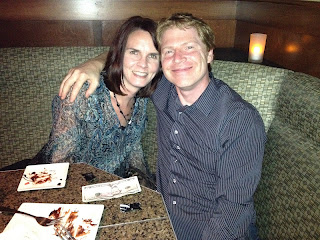 The second "new" thing for May wasn't something I had never tried before.  I had tried it many times...as a kid, and even as an adult, in a Walmart aisle while my friend yelled that I was embarrassing her.  I figured it was something that I just never would be able to do.  But, then we took Dylan to the International Children's Festival, and I discovered that at the ripe old age of 39, I can do this...

You're good all right!

I love bread and cheese and fruit fondues, but I'm not a fan of the meat.

Love the hoola-hooping! You go!!! And I don't blame you on that meal...you cook it yourself? What?!