Well, it's Time Warp Tuesday, over at Jenn's again already?!  Man, that week flew by, didn't it?  I'm putting this together at the last minute, (big surprise!), so please excuse the horrendous photos of photos.  There's glare.  There's reflections.  There's blur.  But, I made it to the party, and that's what counts, right?

So, since we indeed are a "fun couple", I made the frames to prove it. 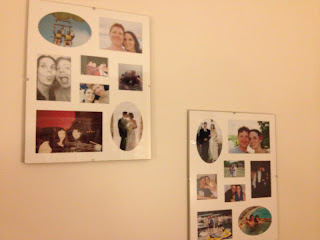 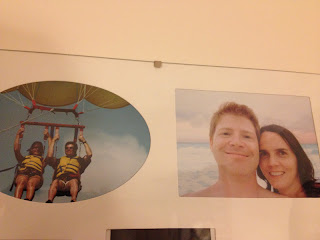 Parasailing in Ocean City, Maryland, and vacationing in Cancun, Mexico. 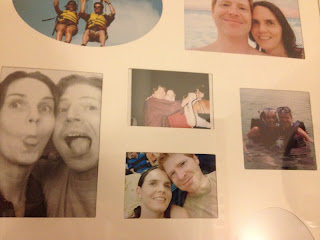 In the photo booth at Kennywood, dancing at Jim's cousin's wedding, at a fireworks Pirate game, and snorkeling in Cancun. 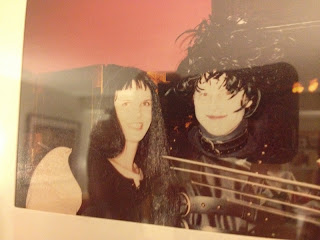 At a Halloween party as Wrestler Chyna, and Edward Scissorhands (Jim made the whole costume himself and won a prize for it!) 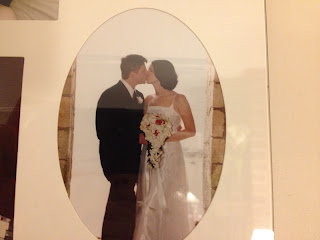 Getting married in Jamaica 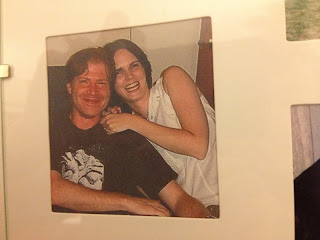 At my grandparent's house - I love it when I make Jim laugh so hard, his face turns this red! 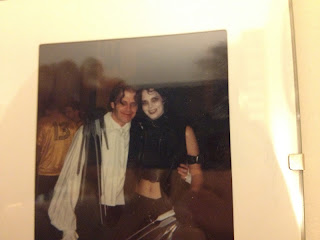 I changed his costume a bit, to become Mrs. Edward Scissorhands.  This was at a nightclub, where I stood on a stage and came in third in a costume contest.  Oh, hello flat stomach!  I miss you so. 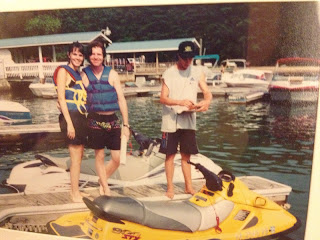 Jet skiing in North Carolina while visiting friends.  (Great story... Jim crashed into my jet ski, and had to pay $300.  Ask Jim about it sometime... so I can see his face turn all red again). 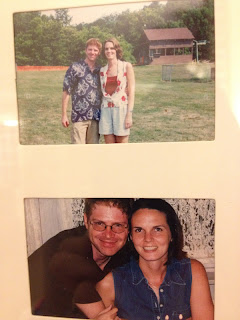 At our "reception", which was months after we got married, and had a very casual, tropical theme.
A shot of my 30th birthday. 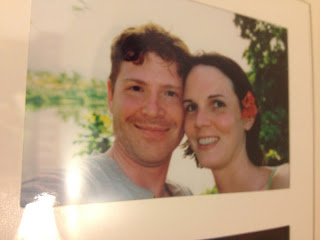 In Jamaica, enjoying the honeymoon. 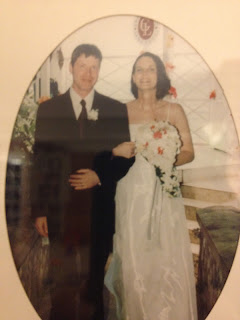 We're still a "fun couple".  We just have a different kind of fun these days.

I feel so much better that Jim crashed a jet ski into you and you had to forfeit the damage deposit. I thought that only happened in MY family.

what a beautiful couple :)

This is awesome and such a great idea!

Love that "fun couple" theme. And it looks like you have lot's of fun!

These are great and you look like a very fun couple! I've been doing photos of photos myself. Personally, I think it adds to the fun of "hey! look what's on our walls!" Or, maybe I'm just lazy...